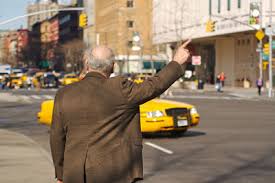 Everyone always thought Virgil Crank was such a curmudgeon, but the truth was that he was just a broken man. After the war, the world had seemed like such a different place that evoked fear as a means to control. Even the news was no longer a place to turn to for a sense of reality. Most newspapers and TV news broadcasts were trying to make people fear their own lives.

The war was won, but the war on our own sense of security was still being battled. There had never been such a lack of feeling safe in modern history. It was the first time we had been attacked on our own soil. Mr. Crank was just tired of being lied to. Sure, the world was a much more dangerous place than his fellow countrymen had imagined but it didn’t mean that everything and everyone was out to get you.

He thought he was being safe by isolating himself and shutting out the ignorance of the world. Well, as much as he possibly could. He still had to go out into the public at times to get necessities. A man could not live on delivery pizza alone.

On this occasion, he was getting ready to face the world in order to get new supplies. It was a weekly trek that he did not look forward to and felt glad it was over when he got back home. As he put on his shoes and laced them up, he could hear the TV yapping in the other room.

“There is an epidemic of people going missing in the city…” the news anchor yammered on about why the people of the city should be afraid of their own shadows.

Mr. Crank turned off the TV and grumbled to himself about the absurdity of spreading such nonsense to millions of people who will take the word of an overpaid man acting as if he is genuinely concerned for their lives. Putting on his coat and hat, he left the comfort of his apartment behind as he made his way downstairs in search of a cab.

Cabs were always in short supply in the city and a lesser man would give up all hope and take the filthy subway. He usually waited for the lesser men to do so and then cabs would appear. It was a specialty of his. Sensing when people were weak and willing to give up. He saw the telltale signs as one by one a weaker man fell. Until he was one of the only ones standing on the corner trying to hail a cab. Within a matter of minutes, he was in the warmth of the back seat of a typically filthy vehicle which looked as if it had never been disinfected.

If he had cared, he would have noticed that something just wasn’t right about this cab and its driver. Like the slight traces of something splattered on the back of the seat as if something had happened so quickly that it was instantly forgotten afterward. Mr. Crank gave his directions and that was the only thing he had planned to say during his outing. It doesn’t always go that way, but he always sets out to speak as minimal as possible. It wasn’t as if he didn’t like to talk, it was that he didn’t want to hear anyone else talking. Keeping his nose in a book, made it easy for the cab driver to veer off course.

Mr. Crank did keep his word, he did not speak another word. He was not given a chance to. Little bits of him were left in the cab that day, but it would be several years before anyone else would know that. The cruelest part of the whole situation for Mr. Crank, as he looked his destiny in the eye, was that the news anchor was correct. There was an epidemic in the city, but people were not going missing. They were being exterminated.